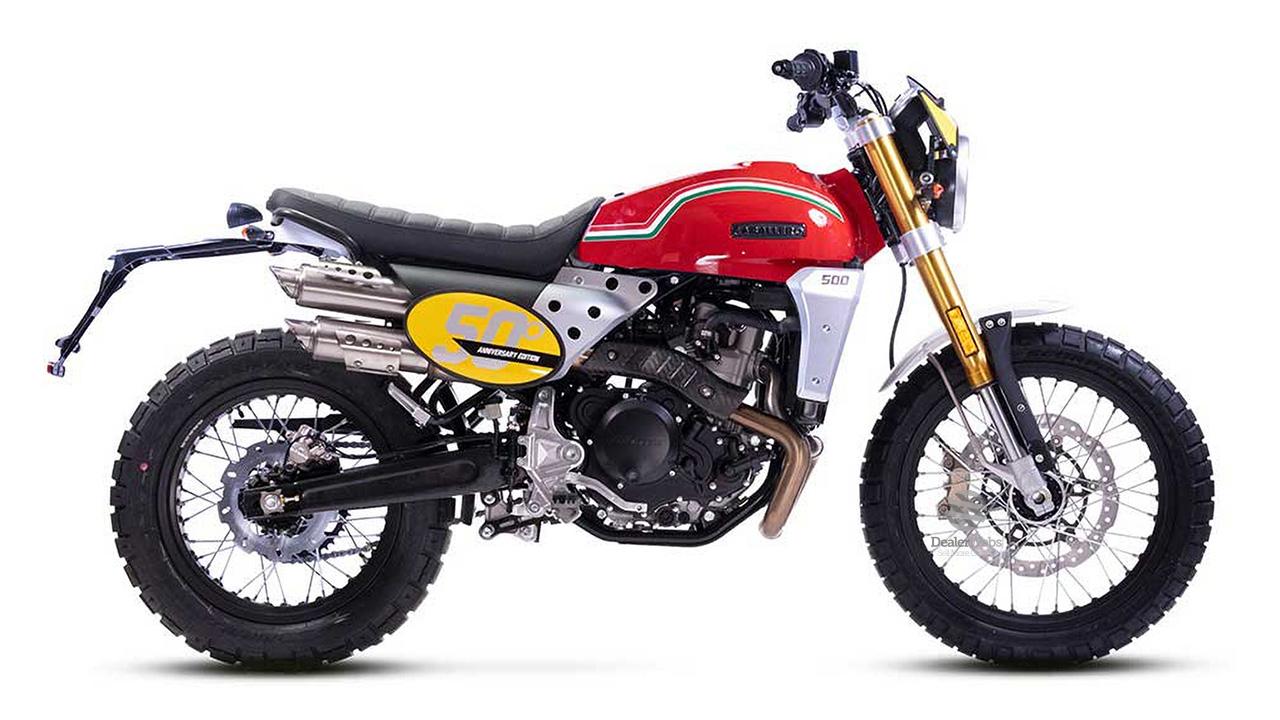 Compact, agile, aggressive, with knobby tyres that immediately show it's character. This new Fantic Motor Caballero is inspired by the look of the legendary Caballero born in Barzago (near Milan) in 1969. It's a dual sport bike, a real scrambler, that performs very well on the asphalt and is able to tackle off-road with ease.

The single-cylinder, 4-valve, liquid-cooled, electonic fuel injection engine is now Euro5 compliant. It provides great substance on asphalt, combined with efficiency in off-road tracks. The ECU control unit has been updated in the mapping, ensuring an even smoother engine power at all rpm, also optimising performance in terms of maximum power and torque. The exhaust system is made in Italy by Arrow with double chromed silencer.

The Caballero is a true dual sport bike. The Caballero range features a Chrome-molybdenum steel central-tube frame. This technical choice favours lightness once again, ensuring incredible agility and comfort. The front forks are a 41mm upside-down FANTIC FRS; the rear suspension is an adjustable FANTIC FRS. The spoked 19" front and 17" rear wheels give it a real scrambler look and are fitted with Pirelli Scorpion Rally 110/80-19 & 140/80-17 knobby tyres. The 320mm front and 230mm rear wave brake dics and disengageable Continental dual-channel ABS guarantee great safety in every situation.

The Anniversary 500 is the version that celebrates the 50th anniversary of the legendary Caballero, that presents a special livery characterised by a new tank cover featuring the Italian flag. Available in two classic Caballero colours: blue or red, off-road handlebars with crossbar, tank bag, engine skid plate and front number board. 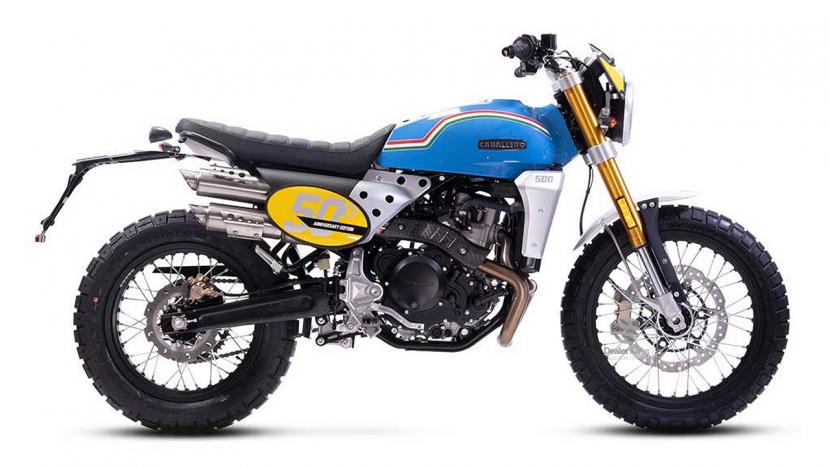 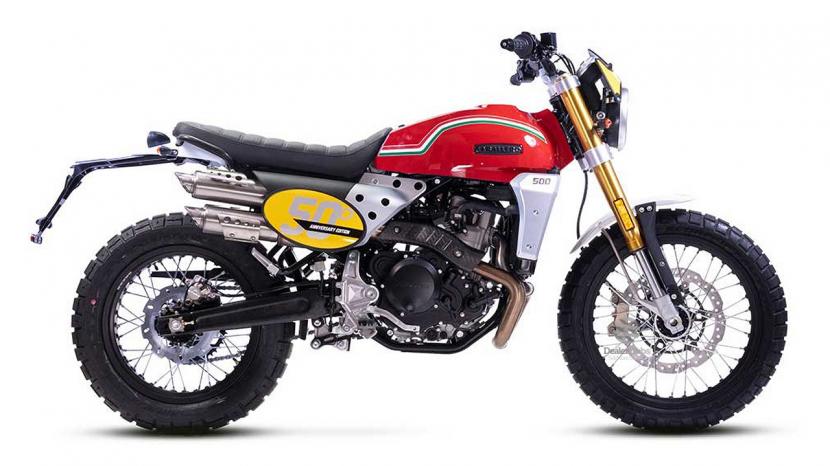 Reserve this Fantic Caballero Anniversary 500 for £99

In order to reserve this Fantic Anniversary 500, you can place a fully refundable deposit of £99. Simply click on the the button below to proceed via a secure, one time and fully refundable payment of £99.