We are also part of TEAM YORK SUZUKI classic race team and now receive official backing from Suzuki GB and the Suzuki Vintage Parts program. Due to our involvement, we often receive requests for Suzuki classic bike parts which isn't something many dealers are involved in. For information on classic Suzuki parts please contact us 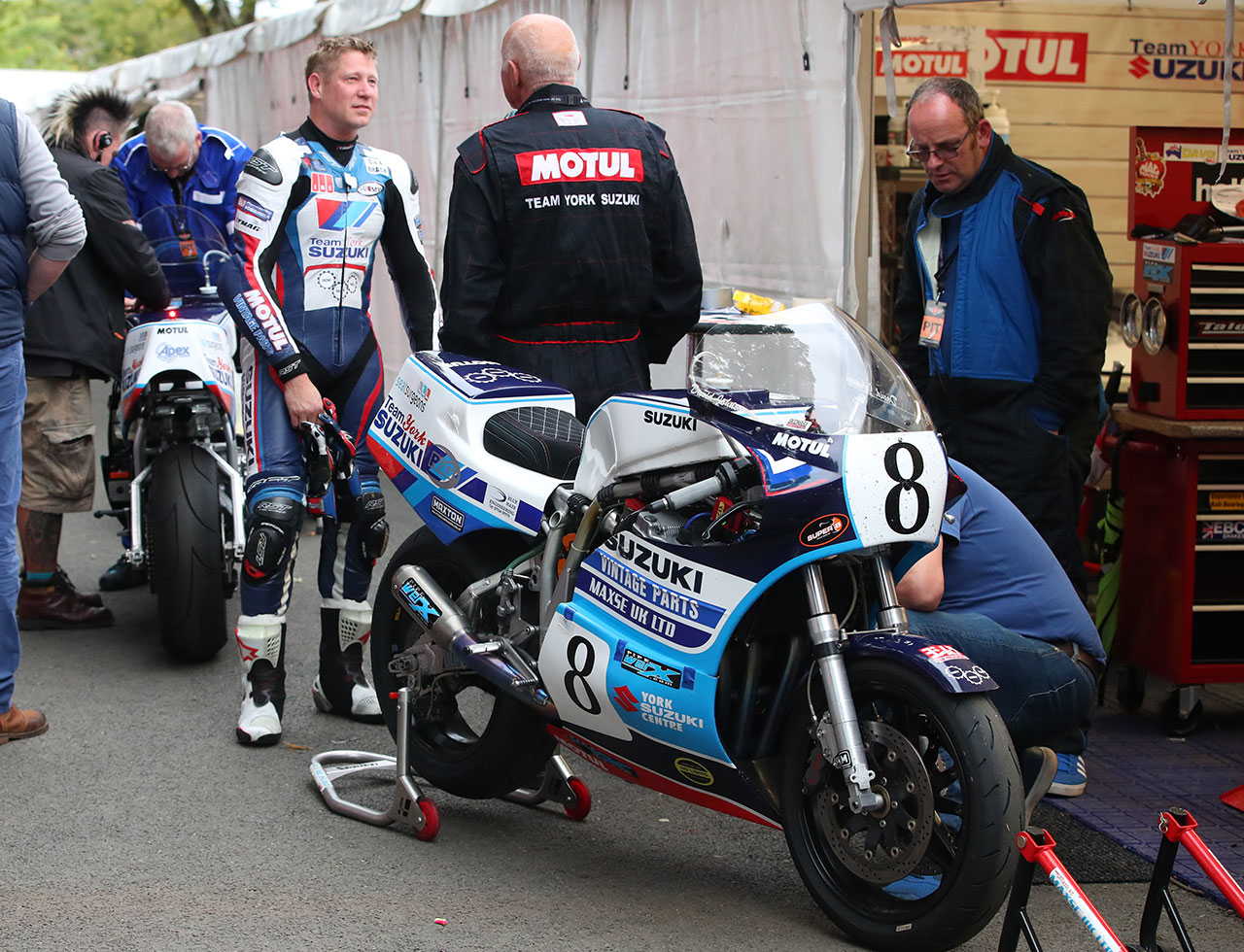 TEAM YORK SUZUKI has battled on to some brilliant achievements since the inception as a dealership backed privateer team, including:

- 2ND PLACE FINISH at the 2018 ENDURANCE LEGENDS 4 hour endurance event at DONINGTON PARK with riders GUY MARTIN and PETE BOAST. This was the teams very first attempt at endurance racing and we finished as runners up, beating the official Team Classic Suzuki Katana, and riding most of the race without second gear due to a technical fault!

What the future holds for Team York Suzuki is yet to be seen, but as ever we will always be living the dream!